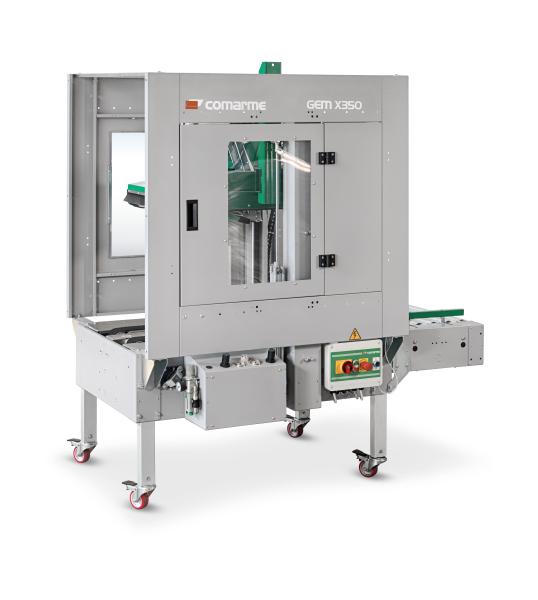 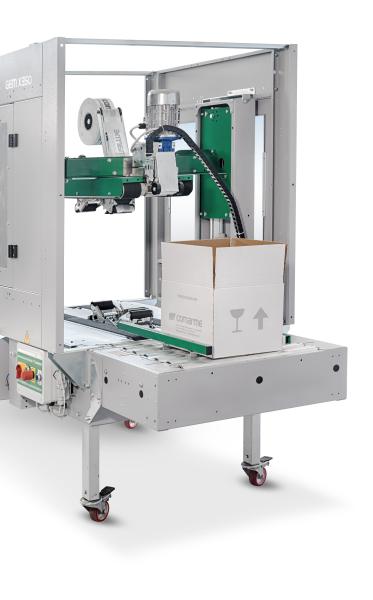 Semi-Automatic self-dimensioning taping machine which seals with adhesive tape the upper and lower parts of uniform boxes. GEM X350/X360 is especially suitable for sealing tall, narrow boxes as four belts, two upper and two lower, horizontal and parallel to the work surface, are used for conveying. The use of a single motor for driving the four conveyor belts simultaneously is totally innovative and patented, allowing smooth and even feeding of the boxes. The speed of the upper and lower belts is in fact the same in mechanical terms. The upper taping unit has a patented system which, by means of a pneumatic device, enables the subsequent weight on the box to be preset and therefore any differences in height of the boxes to be absorbed. GEM X350/X360 is equipped with mechanical side arms. The box is held on the work table with the bottom flaps folded and ready to be filled. The taping machine, combined with conveyors at out-feed, represents an effective and economic packaging station.